Pearl, Miss.-Mayor Jake Windham and the Board of Aldermen have appointed Chris Reid, a 16-year resident of Pearl, as the Official City Historian. This year Pearl will celebrate its 50th birthday as a city and Mr. Reid will play an integral part of helping tell the story.
“This is something that the city has needed for a while, and Chris has a level of enthusiasm that is exactly what is needed for this position. I think he’s going to do a great job,” says Mayor Windham.
The City Historian is a volunteer position appointed by the Board of Alderman to be a resource for the city government and community. Following the creation of the position in December 2022, Reid has set out gathering information on Pearl in various archives and libraries in the hopes of increasing public awareness of the history of the city. “Many citizens are familiar with various aspects of the City’s history since its incorporation in 1973, but there is a much larger story of the area going back to the 1800’s that begs to be told” said Reid.
Reid is encouraging the public to share knowledge, stories, photos and videos they may have of Pearl both as a city and pre-incorporation in 1973. If you have information to share please email creid@cityofpearl.com. 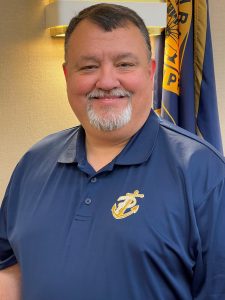